Miatela Wallet
To use your Miatela wallet amount apply the gift card code received on your registered email id at the time of checkout
Rs. 0.0
Now reading: Who Wore It Better? | Styles From This Season
Share
Prev

Celebrities are always in the limelight - not only when they’re on the red carpet, but even when they’re going to the grocery, stepping out for a movie, or picking up their kids from school!

And the bigger the superstar, the more they’re under scrutiny. Which is why, when celebs wear the same outfits as their contemporaries (God forbid, repeat the same outfit twice!), it’s considered a major faux pas. Well, you know what they say - beauty is in the eye of the beholder. These actresses might be wearing the same thing - but who slayed and who nayed? 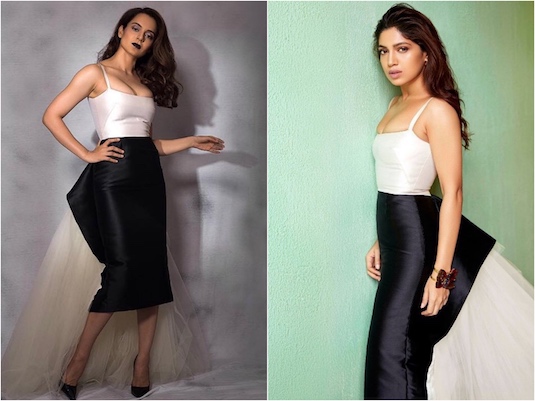 This bodycon creation by Biphu Mohapatra features a low, tightly fitted, squared neckline, fitted skirt in the front, seamlessly attached to a voluminous tulle train for added drama. It was first seen on Bhumi Pednekar when she graced the cover of Verve, and was then seen on Kangana Ranaut at the Mr. India Finale. While Bhumi chose a girl-next-door look, Kangana slayed with an edgier look, styling it with a classic hairdo and bold, oxblood lip.

Kareena and Deepika seem to step out wearing the same thing, pretty often! (maybe their stylists are in cahoots?) Both reigning queens of Tinsel-town seem to have a similar taste in clothing, and were seen wearing the same Giorgio Armani gown to the same IIFA awards - two years apart.  Kareena added a sheer to cover up the open frontal neckline, and looked gorgeous, as usual. But full points to Deepika for adding that oomph factor - with a full frontal bare, dangling vintage jewellery and a dramatic upswept hairdo! 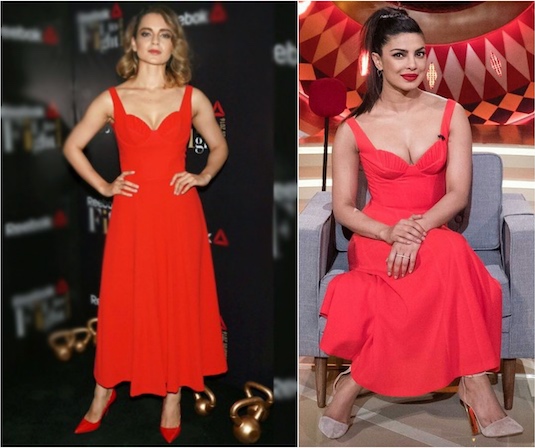 Kangana Ranaut seems to always be in the spotlight - be it for her controversial statements, or because she’s a trendsetter. She was seen sporting a red-hot number for the Reebok Fit to Fight Awards in New Delhi. The same dress was worn by Priyanka Chopra Jonas on ABC’s The Gong Show. While both took a classic approach with red pout and pumps, PC opted for a neat, clinched ponytail and nude pumps, while Kangana went for sideswept curls and matching red pumps. 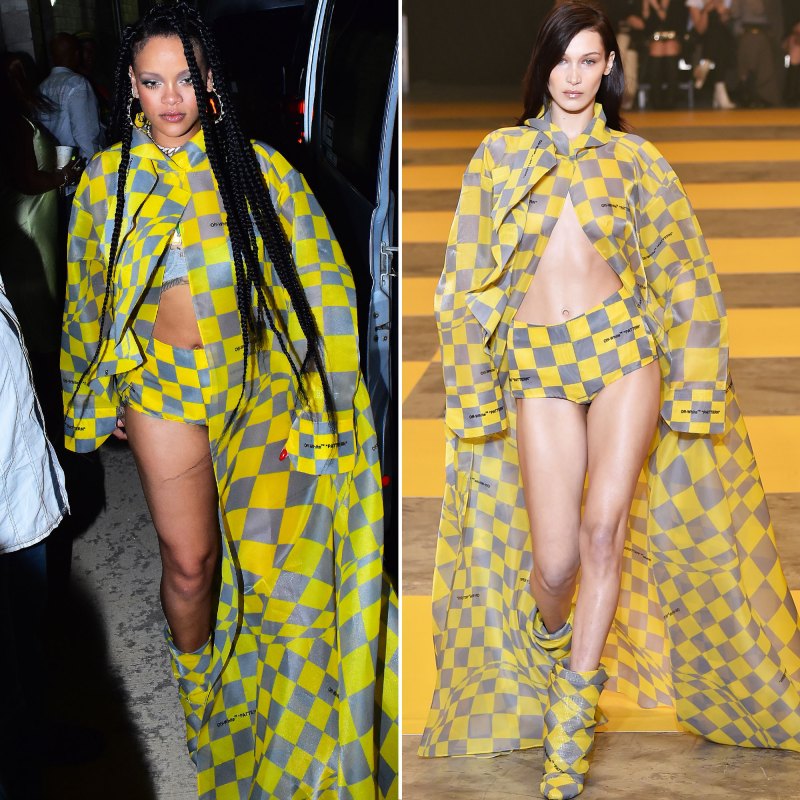 Both superstars took Virgil’s dramatic checkerboard outfit for a spin- Bella Hadid showing off her amazing physique on the Fall-Winter 2019 runway, and Rihanna, at a concert in Barbados. Though both killed the look, we’d have to give it to Rihanna for bringing her A game with those dramatic braids that just scream out her personality! 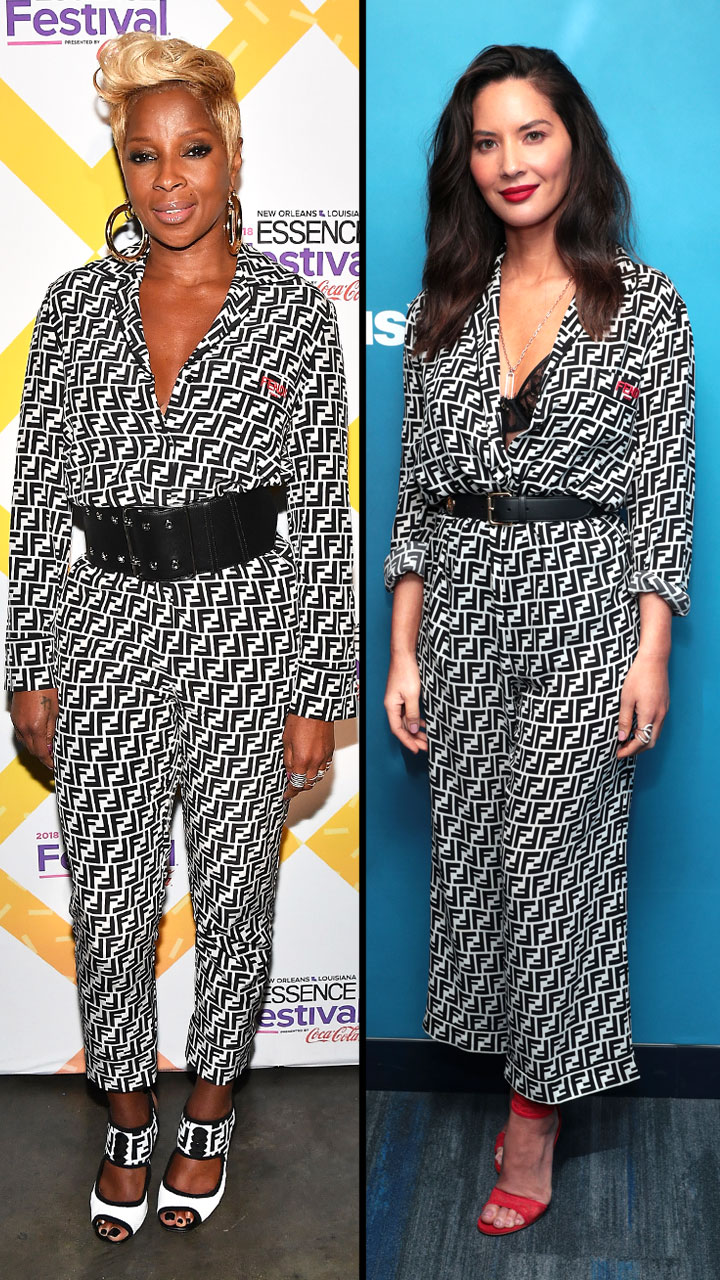 Mary J. rocked the monochrome Fendi jumpsuit with a wide belt to the 2018 Essence Festival. To complement the look, the singer paired it with matching peep-toe heels. Olivia Munn wore the same Fendi suit to SiriusXM Studios but with a more relaxed fit, skinnier belt, peep-through sexy bralette and red sandals just a couple of months before. They both looked great, but we’d have to give it to Olivia, for going out of the box. 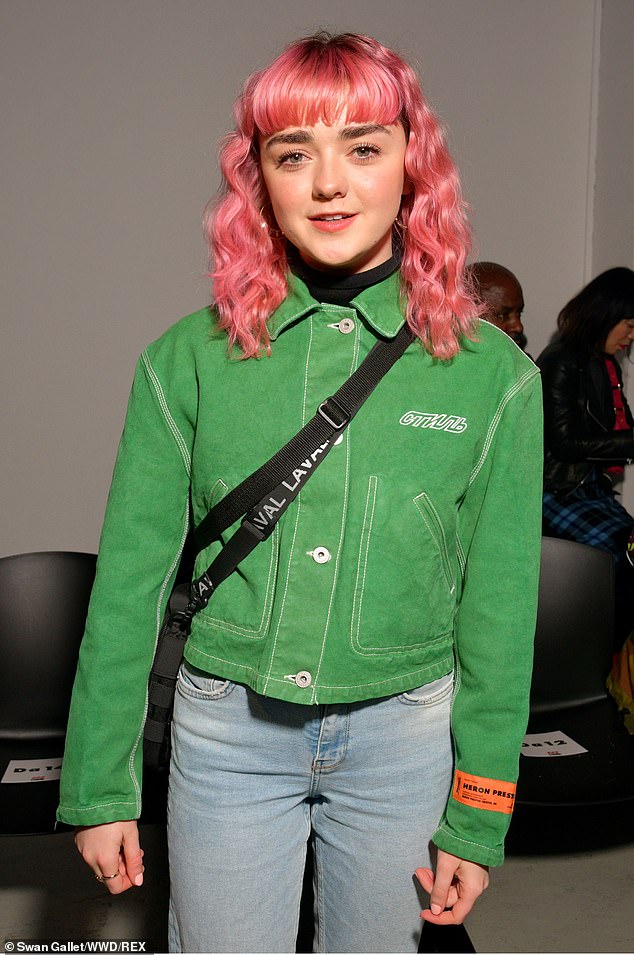 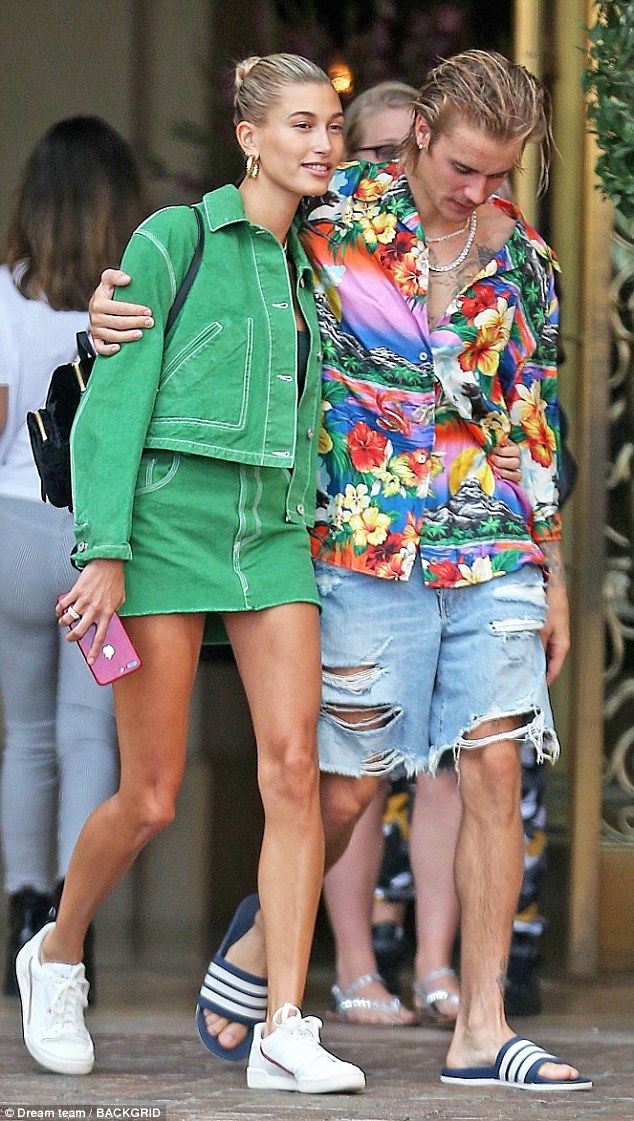 We loved this spring-inspired Heron Preston look on both A listers, with its contrast stitching and boxy cut. However, Maisie Williams stole the show with her candyfloss pink hair and vintage cropped-with-denims look that almost reminds us of Stranger Things - she looks worlds apart from her avatar in Game of Thrones! 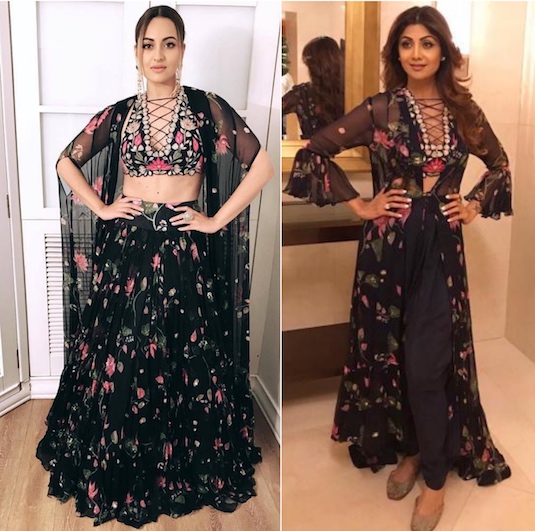 Both Bollywood divas are giving us some serious style goals in this floral Arpita Mehta blouse with different capes and bottoms. Sonakshi was recording for her reality show in the lace up style top that she paired with a similar floral cape and lehenga. Shilpa on the other hand took a contemporary turn with the same top as she hoisted India’s flag in Toronto at the 71st Independence Day event. We’re going to give it to Sonakshi for pairing it perfectly with tied back hair, tasseled earrings, and her lehenga-take on the outfit.

Tell us your opinions in the comments, and don’t forget to check out our own collection of styles and fabrics!

Decoding These Iconic Looks and Ensembles